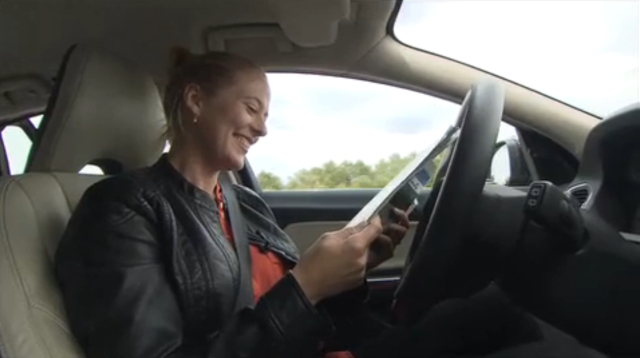 It's been awhile since we saw Volvo's SARTRE (Safe Road Trains for the Environment) project, which was last running out of harm's way on a test track near Gothenburg. Volvo has just taken a big step forward in fostering confidence by conducting its road train on public asphalt. The 124-mile Spanish test both proved that the cars could stay driverless without posing a threat and upped the ante for what the cars could do: the lead truck, an S60, a V60 and an XC60 all moved along at a brisk 53MPH with a tighter gap between vehicles than there was in the original test, at just 20 feet. SARTRE was so successful in the public run that Volvo is now focusing on far less contentious issues -- like making sure fuel use drops by the promised 20 percent. There's still the looming question of making a viable business model, though Volvo's dream if realized will make sure no driverless car has to go solo.