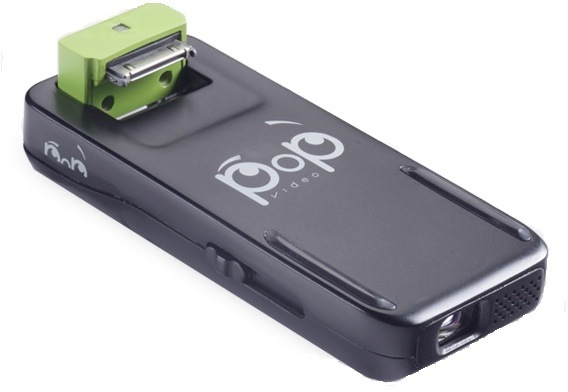 While it may not be the first time we've come across such a concept, this PoP Video add-on is certainly quite different than, say, WooWee's Cinemin Swivel -- and significantly cheaper, too. The PoP Video pairs up with iPod touches (3rd / 4th generation) and iPhones (4 / 4S) via Apple's proprietary 30-pin connector, essentially turning your device into an unorthodox pico projector. According to PoP's site, the 3.5 ounce peripheral's capable of 960 x 540 video output and can give you up to two hours of "playtime" on a single charge -- achieved by way of micro-USB. It all wouldn't be worth it without the free iOS app, though, which lets folks tinker with settings and do what it's intended to do: project videos, pics as well as browsing within Safari. The $99 PoP Video is up for pre-order now, and you can get a quick glimpse of the accessory in action just past the break.